The VC-05 COM alternator tester is a handheld, very useful and easy to use device, used by car garages, diagnostic stations, authorised service stations and rebuilders. 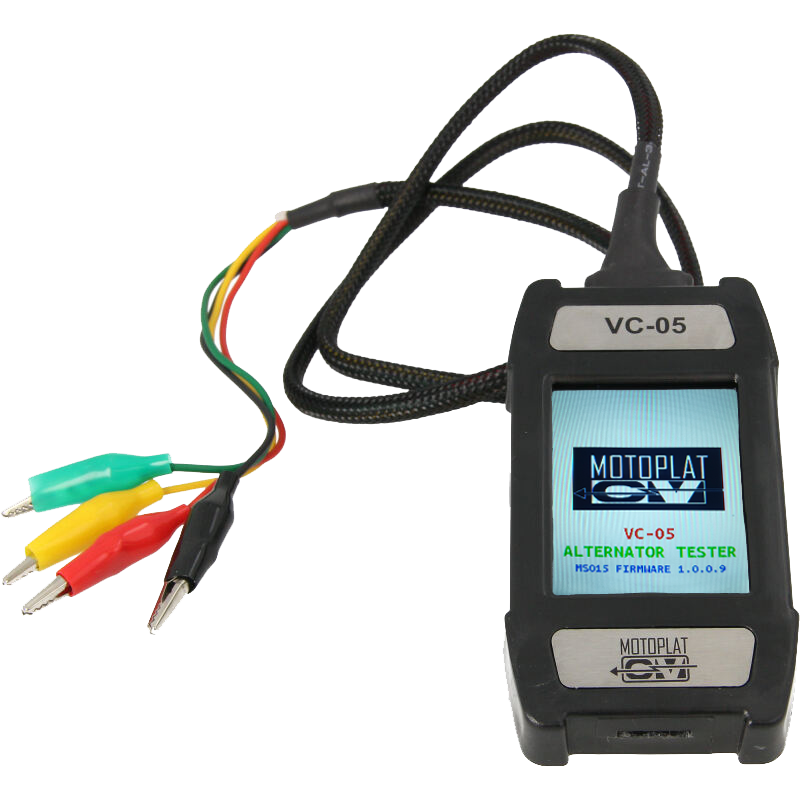 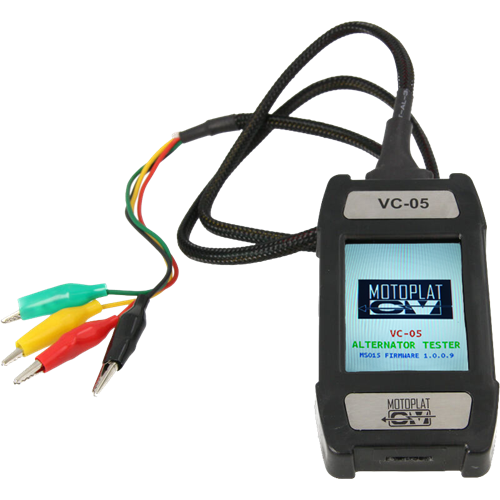 allows you to diagnose an alternator (12V) that is communicating with the ECU of the car, even when it's still mounted or to be used in combination with all conventional test benches.

On-car testing
Disassemble an alternator from the car is often a radical and time consuming job, for which it is not uncommon that other car parts needs to be disassembled too. The VC-05 handheld tester makes it possible to test and analyze the alternator when it is still mounted, by connecting it in series circuit between the alternator and ECU.

Conventional test equipment
The VC-05 can also be used in combination with a conventional test bench, which upgrade it to a modern test device with more capabilities to meet requirements of testing COM alternators.